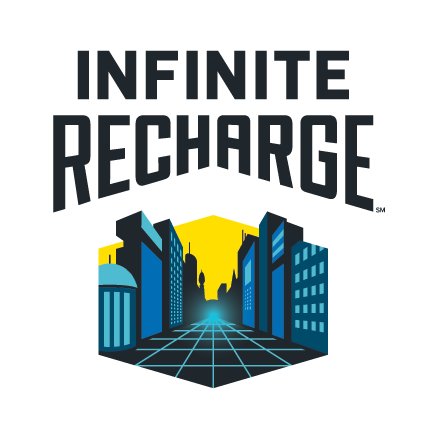 In INFINITE RECHARGE, two alliances work to protect FIRST City from approaching asteroids caused by a distant space skirmish. Each Alliance, along with their trusty droids, race to collect and score Power Cells in order to energize their Shield Generator for maximum protection. To activate stages of the Shield Generator, droids manipulate their Control Panels after scoring a specific number of Power Cells. Near the end of the match, droids race to their Rendezvous Point to get their Shield Generator operational in order to protect the city!

In the next 1 minute and 45 seconds of the match, drivers take control of the robots for the Tele-Operated period. Alliances score points by:

Tele-Op is broken into 3 stages:

A ranking point is awarded if stage 3 has been completed.

Endgame is the final 30 seconds of the match. Alliances score points by:

As part of our efforts to become a more competitive team, 2228 has re-imagined its design process from FIRST principles to increase efficiency, mirroring the processes used in the engineering industry. Beginning long before build season, our student leadership decides on our Team Goals and Robot Design Goals to determine our grand-scale objectives for the year.

When kickoff finally arrives, we begin by brainstorming strategies on the bus ride home. Members contribute their wackiest ideas about how to play the game to a strategy brainstorm list. The team votes democratically to prioritize the strategies we pursue in each portion of the game. Then we break the chosen strategies down into their most basic behavioral details, e.g. degrees of freedom, range of motion, and maxima and minima. When it comes time to design the real robot, we have a solid theoretical basis for our design decisions. The team breaks into three or four focus groups called satellites that are responsible for designing the mechanical and electrical details. Satellites stay together until the whole robot has been designed. Their efforts are coordinated by the Mothership, or systems engineering committee, which is composed of all of our sub-team leaders. The process mimics matrix management and system engineering strategies used by real-world businesses to create their products.